The pen and ink drawing above appeared on the back cover of EDGAR Digested Verse, the Anniversary issue, Winter 2000. One of my poems, WITHIN MUSTY CRYPT, also appeared in this issue.

In the late ’90’s my poetry and art began to see print more often. I’ve posted a few pieces of art from various zines of the times. Thanks for checking this page out. 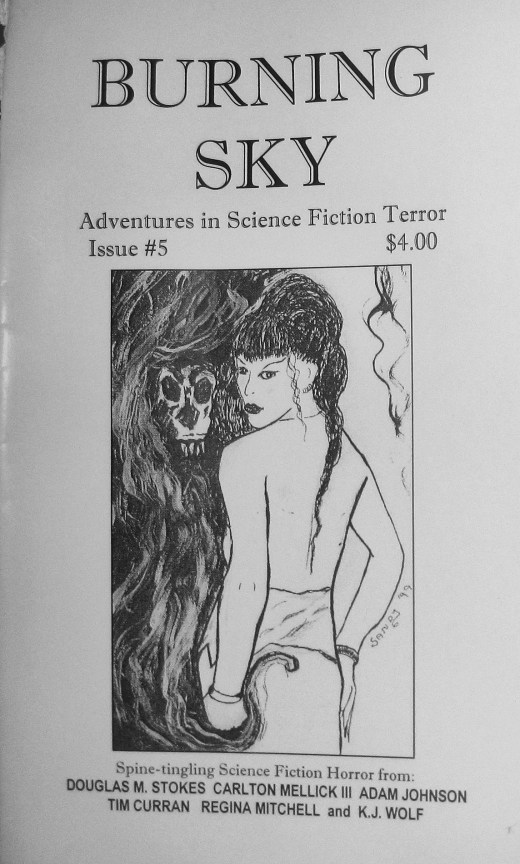 Left, my cover drawing for Burning Sky Issue #5, 1999, Thievin’ Kitty Publications, edited by Greg F. Gifune. Right, interior illustration for Dark Voices, A Collection of Poetry from the Writers of Wicked Verse, Flesh & Blood, 2002. Two of my poems, THE LAWYER’S SON & GIRLS FROM THE SEVENTIES were included. I also wrote the introduction. The issue was conceived by a poet’s forum I created in the late ’90’s. I was thrilled to be published with greats of speculative poetry,  such as Marge Simon, Charlee Jacob, Linda Addison, David Kopeksa-Merkel and Ann K. Schwader. The issue also included a collaborative illustration between Marge Simon and myself on the last page.

I was a frequent contributor to Lunatic Chameleon. My poems and art appeared frequently, and I had the honor of creating some of Nancy Purnell’s front and back cover art.

Lunatic Chameleon, and earlier zines produced by the same publisher–notably The Catbird Seat–included writers and artists from throughout the United States and beyond. 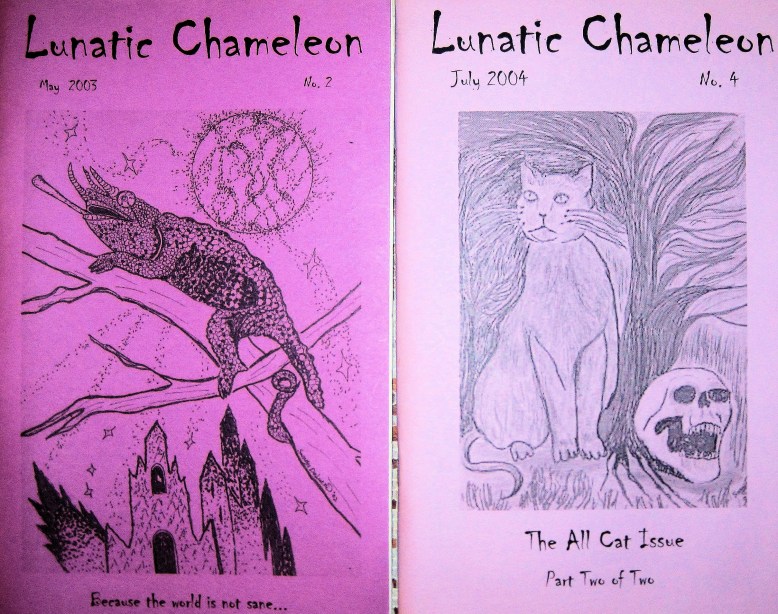 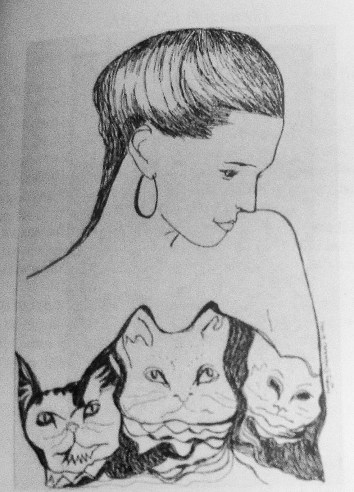 My poem, NOW YOU’RE IN HADES, appeared in The All Cat Issue, Part Two of Two, Lunatic Chameleon, July 2004, No. 4, It also included the illustrations above.