I love cats. Currently, I live with four of them. They’ve inspired me for many years. Here, I’ve posted a few of the paintings inspired by my feline friends. 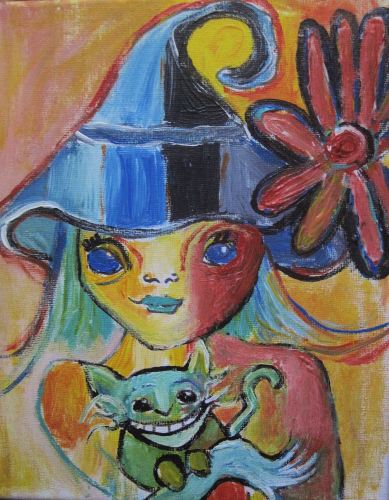 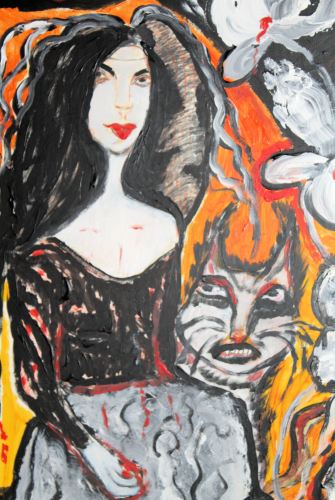 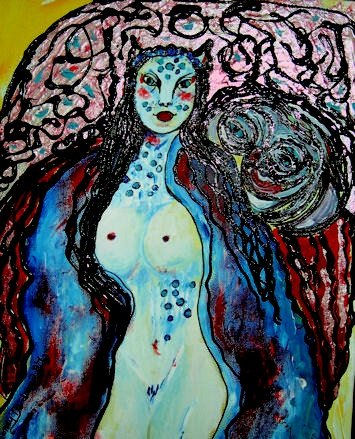 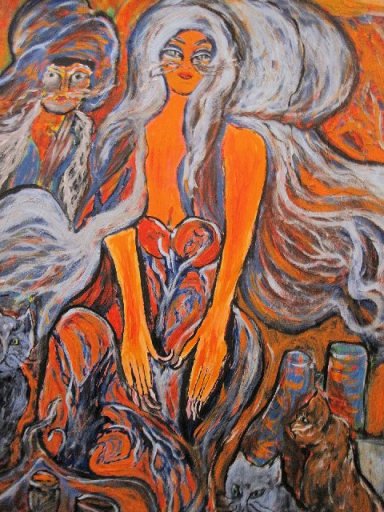 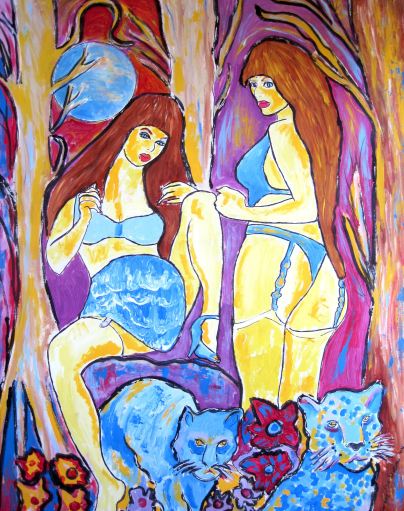 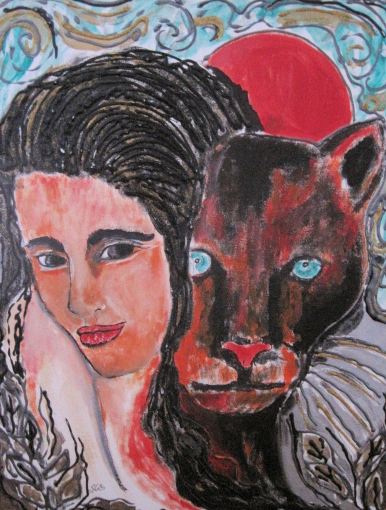 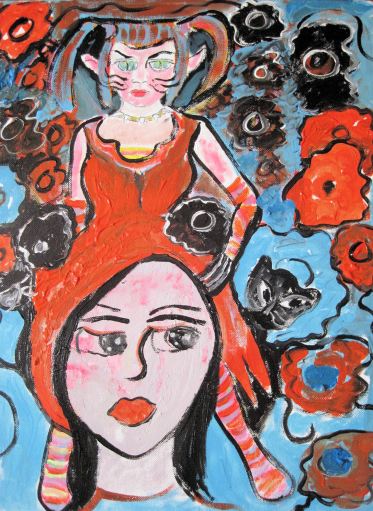 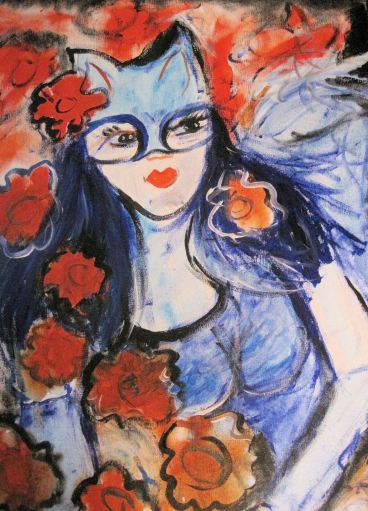 Sandy DeLuca is an American author and visual artist, born in Providence, Rhode Island. Her art has been exhibited throughout New England and in New York’s Hudson Valley. Her small collages have been exhibited and sold in France, Asia, Italy, Spain, Canada and throughout the United States. She sold her first drawing in 1979 when her work was exhibited in a friend’s beauty salon. She was awarded a solo art show while still a student at CCRI in 1986. She also won an award for Most Original Use of Mixed Media. Two of her paintings were chosen to hang in the reception area of the college’s president in 1987. Since then her artwork has been featured as cover art and interior art for various publications, including notable books such as the Bram Stoker © winner, VAMPIRES, ZOMBIES AND WANTON SOULS, for Marge Simon’s poetry. Sandy has written and published numerous novels, several poetry and fiction collections, an art chapbook and several novellas, including the critically acclaimed novel “Descent” and “Messages from the Dead” (winning the Gothic Readers’ Choice Award). As an author she is known for dark and surreal prose; often visceral and shocking. She is best known for her work in the horror genre. However, she has written noir fiction, fantasy, urban fantasy and mainstream fiction as well. In addition, in the 1980s she was a photographer and writer for a string of sports magazines. She was a finalist for the BRAM STOKER © for poetry award in 2001, with BURIAL PLOT IN SAGITTARIUS; accompanied by her cover art and interior illustrations. A copy is maintained in the Harris Collection of American Poetry and Plays (Brown University) Poetry, 1976-2000. She was also nominated once more in 2014, with Marge Simon, for DANGEROUS DREAMS. She has owned and operated several publishing companies; in the 1990’s GODDESS OF THE BAY produced several monthly fanzines; and she went on to produce novels, novellas and collections from dark literature’s finest authors (including Brain Keene, Mary SanGiovanni and Greg F. Gifune). She retired from her day job several years ago and now spends her days making art and writing. At present, she is focusing on completing two novels in progress. She lives in New England with three feisty tortoiseshell cats and an elderly tabby cat. She is an avid book collector, spending her free time reading, researching family genealogy and studying the metaphysical. View all posts by Sandy DeLuca